6237 Port Royale is a LEGO Pirates of The Caribbean set. It will have 1 112 pieces, making it a fairly large set. It will include minifigures of Jack Sparrow, 2 dumb navy guys, Lord Cuttler Becket, Commandoer James Noraton, 5 E.I.T.C soldiers, Will Turner, The Jailer Dog, Governor Swann, Elizabeth Swann, 10 navy soldiers, and Mr. Brown.

This set includes two buildings and one dock. The outside of the blacksmith shop has a sign and a few windows. The jail has 12 jail windows and 47 Jack Sparrow "Wanted" signs to post around town.

The inside of the jail has seven cells, one on each floor. One of the cells has a hand part to hold a dog bone that can be given to the guard dog. The cells can be opened by using a gear mechanism that can only work with the key, that can be hung on another hand piece, or on the dog's mouth. The gear mechinism can be turned from a gear on the third floor of the jail, and the gear opens both jails at a time. One wall is made to explode. The jail house is around 600 of the 91200 pieces.

The blacksmith shop is much smaller then the prison, having only one floor, the wooden planks near the cieling, and the roof. The shop includes a fireplace, a water barrel, and a spinning mechanism from the film.There is also a bed for Mr. Brown to sleep on. There is also some stacks of hay. It takes up 6470 pieces.

The dock is the final part of the set. It takes around 1000 hundred pieces, and all it is is the dock itself and two rowboats.There is a chain attached to a large spinning pole and a catapult to simulate Jack's escape from the officers in the beggining of the film.

Jack Sparrow's minififigure is the same as he is in most $50 or up sets. This time, his hat is unattatchable.

Will Turner's minifigure is not changed at all, either.

The Guard Dog is a new mold that is different the video game design. It resembles the movie more this time, and it's mouth can carry keys or a bone.

Mr. Brown's minifig has detailed overalls printed on his body, and has a red beard. His hair-piece is scraggedy and gray, and he has a double-sided head. One side is happy, the other side is sleeping.

Governor Weatherby Swann's minifigure is neatly printed with his fancy suit, and his gray hair is the same as Angelica's, but gray. His double-sided head is a happy side and a worried side.

The Guard is wearing a bright-red uniform with white pants. The torso is printed like a real redcoat that they would wear in the film. The facial expression is angry.

Elizabeth Swann's minifigure is diffirent from the one in Isla De Muerta. She has a yellow dress and necklace. She has the pirate medallion but this time it is seperate. It is a thin string with the medallion on it, so before putting on the head and hair, it can be put on so the hair will keep falling off. She also comes with a computer. She only comes in the roblox Exclusive version of the set,

The poster of the set is Will Turner running out of the pirate prison, and Jack is jumping out of the cell with a hole. Mr. Brown is looking through the door. The guard dog has a key and is seen through the prison's hole. Governor Weatherby Swann is standing on the dock and worried. The Guard is chasing after Jack and Will.

The poster for the Target Exclusive only is Jack swinging on the chain while the guard shoots at him. Weatherby Swann is srtanding on the dock putting a towel around Elizabeth who is dripping wet. The two of them are looking up worried at Jack. Will is at the door of the blacksmith with a throwing axe in his hand as Mr. Brown peeks out of the door. In the backround the Pearl shoots at the prision. The wall is exploding and the dog is fleeing with the keys. 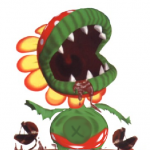